This Premier League season is just about as open as you are likely to see and with the top 6 all dropping points left, right and center, the question as to who will be champs is one that nobody can answer. At the beginning of this season I sat down with football writer David Serna to talk about who would be in with the best out for the title, and we were split between Manchester City and Liverpool. Whilst those two are certainly in the mix, it is about time that we started to take Leicester City much more seriously than we have been.

As of right now, Leicester City sit at the top of the Premier League table and that is not by fluke at all. This is why we have to take them seriously.

In Brendan Rodgers we are talking about a manager who was a Steven Gerrard slip away from winning the Premier League and who has lifted multiple league titles with Celtic. The point is that he gets it, he knows just what it takes to win leagues, and he will manage the expectations well at Leicester.

We have to make a shout for Jamie Vardy here because the guy is just an absolute miracle. Not only is this phenomenal footballer still banging in goals for fun, he also knows what it takes to win a league and he is a great leader on and off the pitch. Keeping Vardy fit is absolutely critical to anything that these team does.

Balance of the Squad

The most compelling argument as to why Leicester City will, or at least could win the title, is that they have one of the most balanced teams in the league. The recruitment of defenders like Forfana, Castagne and Soyuncu have been masterstrokes, the rigidity of Tielemanns and N’Didi in the middle of the park, not to mention Mendy, and then the fluidity of Barnes, Maddison, Albrighton and Vardy, the team looks perfectly balanced.

This is a team which is clearly working hard for each other and the togetherness that we see on the pitch from those players is seriously impressive. This is something which you won’t find at every club and it is the spirit which took Leicester to premier League success back in 2016.

Ultimately this is a far superior team to what they had back in 2016 when they won that famous title, but the competition in the league is arguably much higher than it was back then. The reality is that if this Leicester side can get on a winning run and take a few big scalps on the way, there is absolutely no reason why they cannot push themselves right to the very end. This is not to say that Leicester will absolutely win this competition, but they certainly deserve to be taken seriously and given the respect that they deserve. 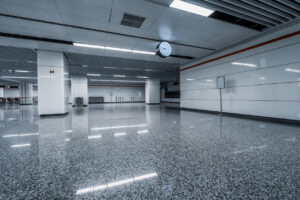